WUG Functional Gums is the first company in the world that has developed an extensive range of functional products, taking advantage of the advantage of chewing gum so that the active ingredient is assimilated by the body instantly. In 5 'it is possible to notice the effect against the 40' that requires any conventional product: drinks, gels, shot, tablets or bars, that require the digestive process for its correct assimilation.

Three years ago, the founders discovered on a trip to the USA that the Marines used caffeine gum for special missions in their survival kit. As on other occasions, the military camp was a laboratory for an invention, before moving to the civil field.

After analyzing numerous scientific studies that corroborate the effectiveness and instantaneidad that supposes the administration of the caffeine through the mastication (sublingual way), in front of the digestion, that the rest of conventional products require and to verify that only existed companies dedicated to the manufacture Of energy gums destined for the military field, the idea of ​​manufacturing a range of functional chewing gum for all consumers begins to emerge.

WHY A CHEWING GUM ? 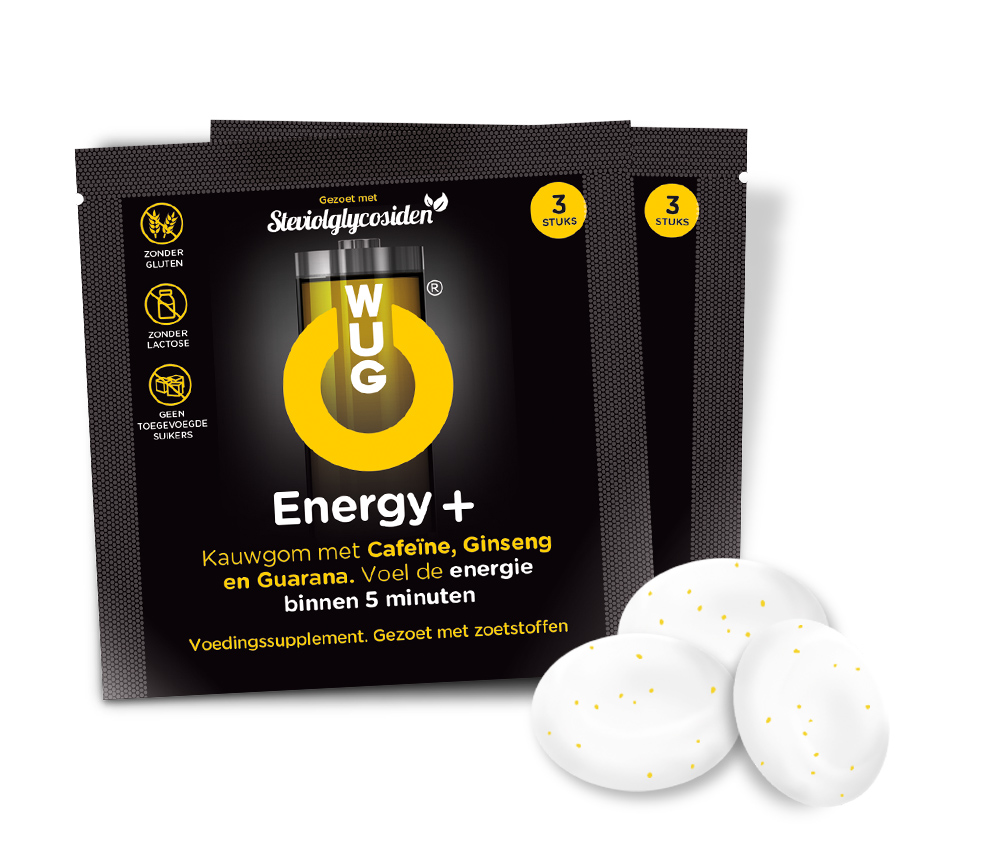 Because when chewing, the active ingredients are assimilated through the oral mucosa, you will begin to notice its effects in 5 minutes. The rest of conventional products: drinks, gels, bars, shot, dragees, etc. Need the digestive process for its proper assimilation and this implies a delay of 30 or 40 minutes with respect to the effect provided by any product of the WUGum range.

The WUG project was born to develop an energy gum for elite sport, taking advantage of the two competitive advantages compared to any existing product to date: speed of absorption and comfort.

During the last two years our R & D Department has worked on two main lines:

1)To attenuate the bitter effect inherent to caffeine, incorporating the most healthy and natural sweetener that exists in the market: the glycosides of Esteviol, which make it possible for them to be consumed by diabetics. In addition to reducing the dose of caffeine, increasing that of guarana, a natural source of caffeine of lower bitterness..

2)Develop a range of functional chewing gum to meet the needs of all consumers, backed by our patents and formulations adapted to the new method of administration, guaranteeing the highest quality of the natural products that are used to make them.